The stuffing recipe that converted me into a stuffing lover! Full of sausage, fresh herbs and dried cranberries…this stuffing is scrumptious!

Ok, I’m not even going to lie, I’ve never loved stuffing. Last Thanksgiving we put a poll on Facebook asking your favorite Thanksgiving side, and the top vote getter was stuffing…by far. WHAT?! Really?! Over mashed potatoes, rolls, green bean casserole and sweet potatoes?? I couldn’t even believe it.

Then I thought, maybe I’ve just never had stuffing done the right way, so I set off to find a stuffing recipe I could stand behind. 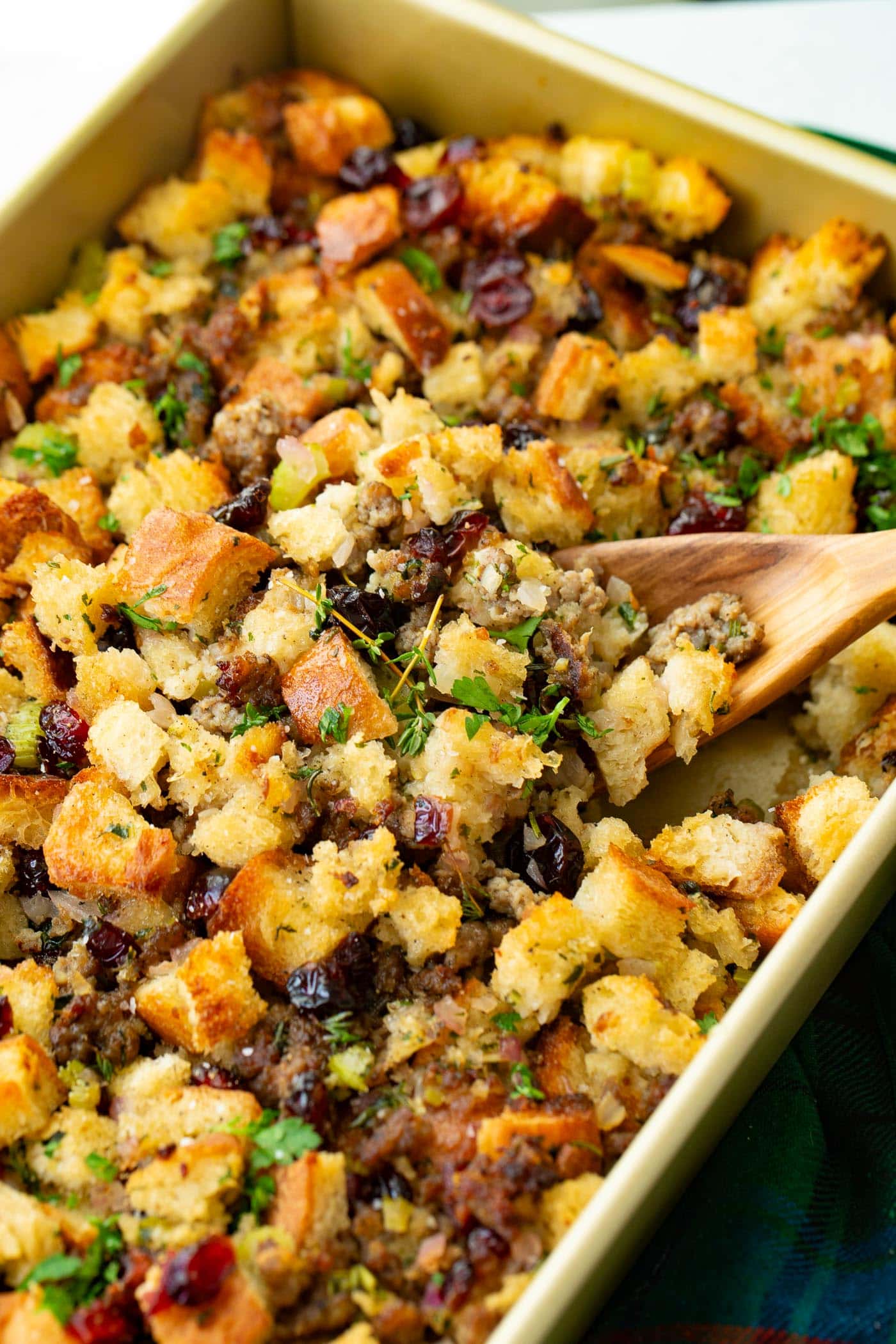 This Cranberry Herb Sausage Stuffing has made a stuffing lover out of yours truly! It’s true. It happened, and you have to try it for yourself!

How to Make Sausage Stuffing?

Have you ever made stuffing completely from scratch? It’s not as complicated as you might think. I will walk you through each step.

The first step is to toast the bread. We recommend using one load of country bread (ends up being about 12 cups). Slice the bread pieces about 1 inch wide. Place the bread in a single layer on a sheet pan and place it in an oven preheated to 400 degrees for 5 minutes or until it is dried and golden toasty. Move it to a large bowl and reduce the oven to 350 degrees. 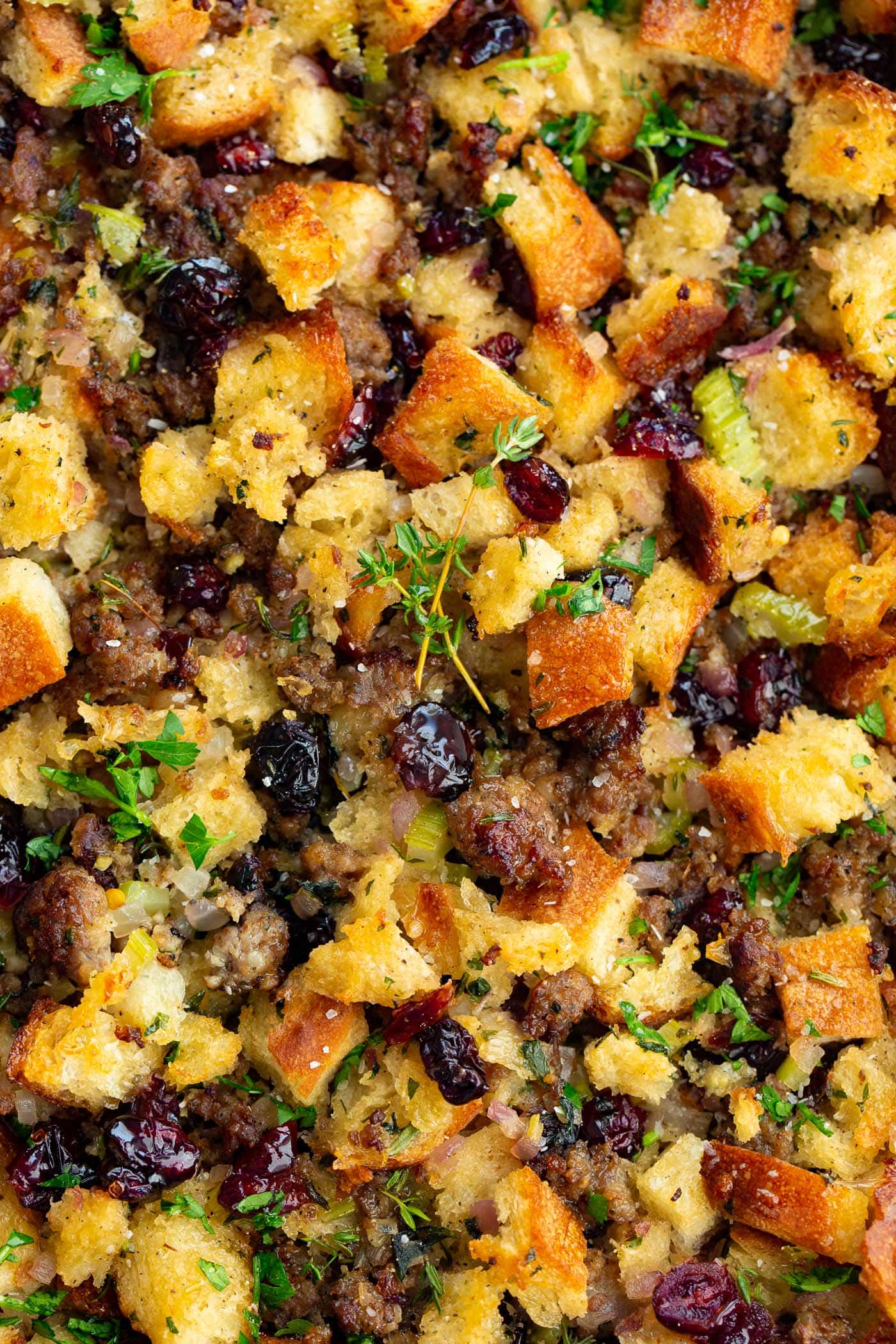 The next step is to cook the sausage. We like the sage flavor, but you could grab whatever kind you like best. In a large saute pan, cook the sausage for about 10 minutes breaking it up into small pieces as you cook it. Move the sausage into the same bowl as the bread.

Without draining the grease from the sausage, melt the butter in the saute pan and then add the vegetables (onions and celery), garlic, fresh herbs (parsley, sage, rosemary and thyme), salt and pepper. Saute over medium heat for 10 minutes until the vegetables are softened. 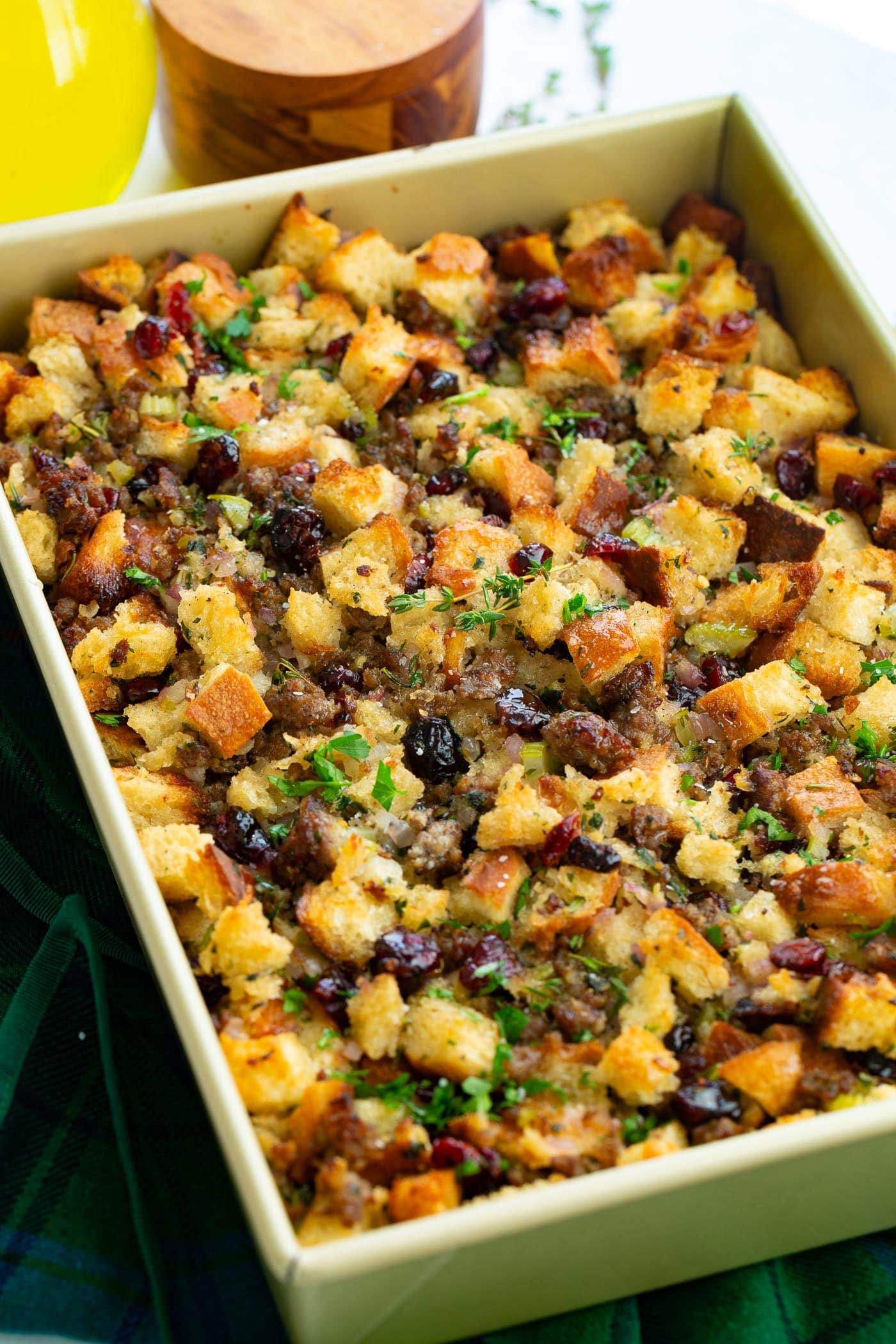 Pour everything into a 9×12 pan for a half hour at 350 degrees until the top is browned and the middle is warm. Serve it warm. 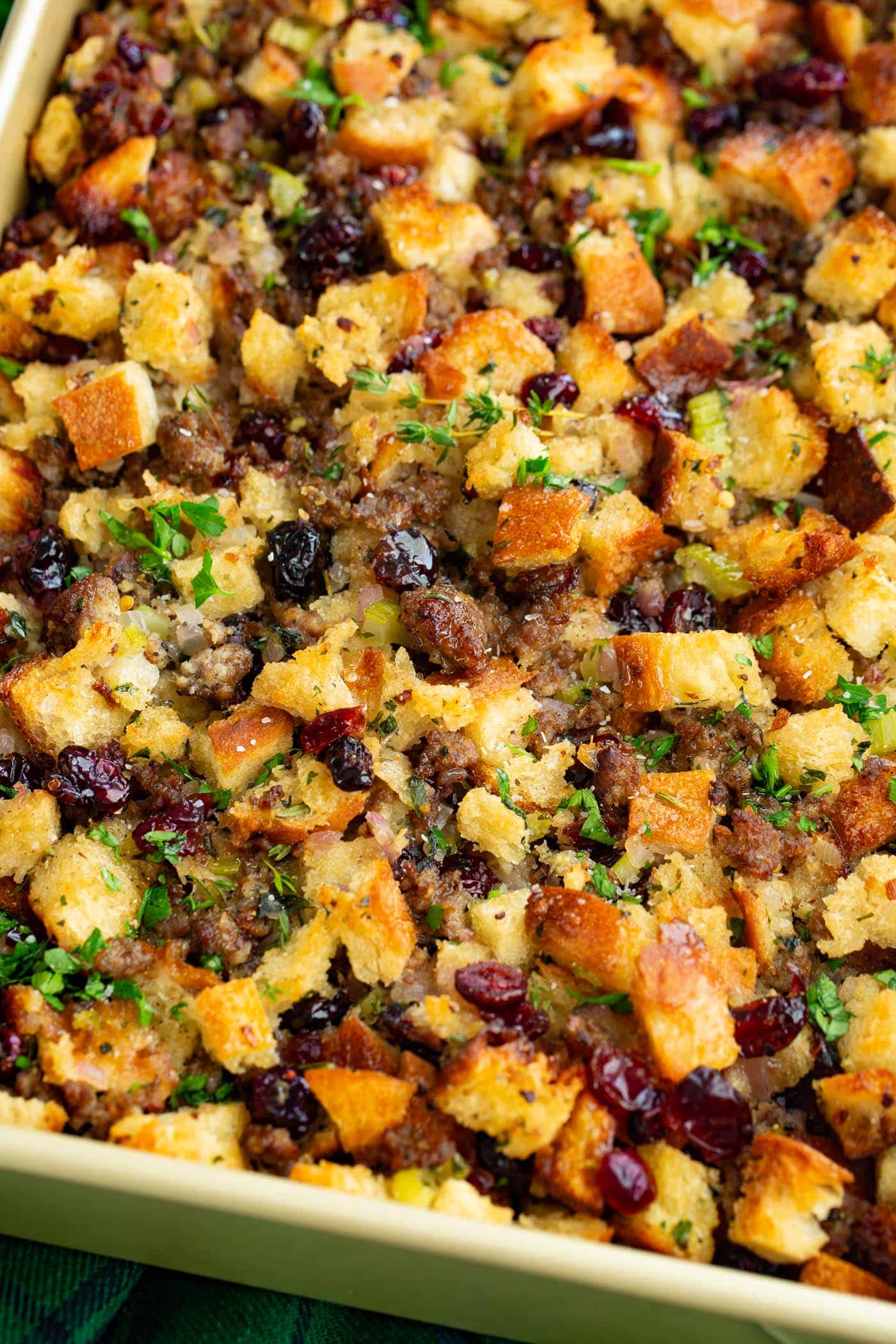 Let’s answer a few common questions about stuffing and some of the ingredients in this stuffing recipe.

This stuffing recipe is savory with a hint of sweetness from the dried cranberries, and it’s everything a stuffing should be! I dare you to swap your usual stuffing recipe for this one! Add it to your Thanksgiving plans this year and stuffing will continue to your favorite side of Thanksgiving! 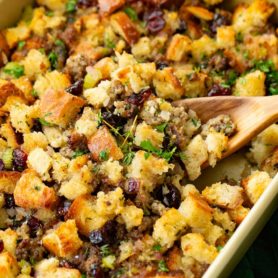 If stuffing is to be baked separately, and not stuffed into the turkey, it can be made the day before and stored in a covered dish in the refrigerator.

REMEMBER TO SUBSCRIBE TO our FREE Oh Sweet Basil NEWSLETTER AND RECEIVE EASY RECIPES DELIVERED INTO YOUR INBOX EVERY DAY!