Someone asked me recently if I thought email would die..Bill Mueller 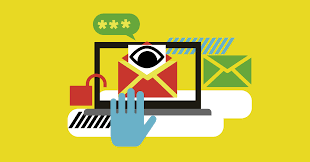 Someone asked me recently if I thought email would die.

So of course I immediately thought of Lindy's delicatessen in New York.

For nearly 100 years, Lindy's was a deli in New York that became a tourist trap because of its "world famous" cheesecake.

More interestingly, local comedians used to hang out there in the 1960s and gossip about each other's careers.

In trying to predict how long someone's career would last, the group developed an informal theory:

The idea was that comedians had only a fixed amount of material in their lives...

... and they could either blow it all fast in specials and back-to-back shows, or sparingly dish it out to make their career last a lifetime.

One of them, Albert Gouldman, dubbed it "Lindy's Law," and even wrote a magazine article about it.

But then, in 1982, a mathematician named Benoit Mandelbrot disagreed in a way that only a French-American polymath who describes himself as a "fractalist" could...

He concluded the exact opposite and wrote all about it in an intellectual treatise titled, "The Fractal Geometry of Nature."

Kind of a comedic buzz-kill, you could say. But it had a profound impact on the way people thought about something...

In his book, Mandelbrot stated that the longevity of a comedian in fact increased the more shows the comedian had done in the past.

You see, unlike humans themselves and strawberries left out on the counter too long, some ideas and technologies become LESS perishable as time goes on.

This became known as the Lindy Effect, and it basically means this:

| The longer something's been around, the longer it will continue to survive.

You can apply this to just about everything and it makes perfect sense.

Take books for example. A book that's been in print for 70 years will still be in print 70 years from now.

However, most of the books that come out this year, even the best sellers, will not.

Pains me to say it, but Shakespeare will probably outlast my welcome email sequence ¯\_(ツ)_/¯

And think about it...

The best way to cook is still with fire...

...the best way to eat is still to sit around a table with friends and loved ones having a few laughs and telling stories about your day.

It's been proven that your brain retains information better when you take notes with good ole pen and paper rather than typing with a keyboard.

And fashion? Forget Lady Gaga for a moment: How much has it really changed?

Pants have been around since steppe horsemen and they aren't going anywhere.

I like the Lindy Effect. I find it useful.

This reminds me a lot of what gets debated in internet marketing circles these days.

Which brings us around to the much-maligned subject of email.

... or they keep dismissing it as a marketing tool, as if it's on the verge of disappearing or something.

I'm not sure why email is the Rodney Dangerfield of technology, but I suspect it's because people resent how it makes them feel overwhelmed.

However, next time you hear someone say that "email marketing is dead," think about computer engineer Ray Tomlinson, who sent the first email ... in 1971.

(Check your spam folder if you did not get that first email, haha).

That was FIFTY years ago.

(Which equates to about 1,200 years in non-computer age time, just sayin'.)

And even if it DOES, who cares? It would just be replaced by something else, which means you can use all the time-tested marketing principles already imbued with Lindy Effectiveness.

Look how you're still reading this email.

It's like I'm talking to you personally, isn't it?

I love email because it's so one-on-one.

The format is so much more intimate than, say, a blog post, which is out there "in the wild" and you know there could be 100,000 other people reading that public page at the same time you are.

Email is different. It feels like just me and you right now ... even when you know this thing was sent out to thousands of others at the push of a button.

You have that same opportunity, you know.

Are you not taking advantage of that opportunity?

Next month I'm going to be offering a special training on how to re-engage your list and create an immediate payday by sending a special series of emails. And then how to transition those emails into creating ongoing monthly revenue after that.

Do you have any aspect about this you want me to cover?

P.S. If I had been sitting at Lindy's Deli shooting the shit with those comedians who were worried that they only had a finite amount of material to dispense, I'd hand them this quote from Annie Dillard:

"One of the things I know about writing is this: spend it all, shoot it, play it, lose it, all, right away, every time. Do not hoard what seems good for a later place in the book or for another book; give it, give it all, give it now. The impulse to save something good for a better place later is the signal to spend it now. Something more will arise for later, something better. These things fill from behind, from beneath, like well water. Similarly, the impulse to keep to yourself what you have learned is not only shameful, it is destructive. Anything you do not give freely and abundantly becomes lost to you. You open your safe and find ashes." 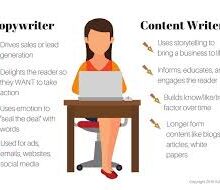 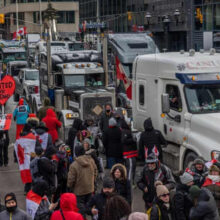 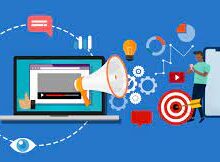